Science Behind the Chakras

Einstein showed us that everything is energy.  The lower the vibration, the more solid the mass.  The higher the vibration, the less solid the mass.  The human body is a perfect example of a system that includes all types of energetic vibrations.  The physical body consists of lower vibrations such as the skeleton, muscles, and organs.  Higher vibrations would include bodily fluids such as blood, semen, and saliva.  The highest vibrations of the physical body comprise the energy body and consist of the aura, the chakras and the meridians.

The chakras are the body’s energy transmission centers, receiving energetic information from the environment, and sending transformed energy to the physical body.  The chakras vibrate at very high frequencies and are therefore transparent, or invisible.

Dr. Valerie Hunt, a professor of kinesiology (study of human movement) at the University of California has been studying the body’s energy systems since she began to measure the aura in the 1970’s.  Her work with chakras uses an electromyograph, which measures the electromagnetic output of the human body.  She discovered that the physical body emanated radiation at sites typically associated with the chakras.  In addition, she realized that specific levels of consciousness were related to specific frequencies.  For example, when people are going about their daily lives their energy reads about 250 Hz (hertz is one cycle per second), more sensitive individuals that demonstrate a connection with their psychic abilities usually range from 400 to 800 Hz, and those that are extremely sensitive such as trance specialists and channelers typically range between 800 and 900 Hz.  Based on these and other studies, Hunt concluded that the body is more than a conglomerate of physical systems, but that all physical systems are organized by energy – specifically bioenergy.  The study suggests the existence of the chakras, and identifies them as involved with the physical, emotional and energetic nature of the body.

Dr. Hiroshi Motoyama, a scientist and Shinto priest (indigenous faith of the Japanese people), has conducted numerous studies to verify the human energy systems, many of which have become the subject of his more than twenty books.  Motoyama’s observations were that internal feelings correlate to objectively measured periods of heart energy and led him to conclude that mental concentration on a chakra is the key to activating it.  Itzhak Bentov, scientist and inventor who helped pioneer the biomedical engineering industry by inventing the steerable cardiac catheter, has duplicated Motoyama’s findings.

More research will lead us to a greater understanding of the chakra system and how to use energy medicine to strengthen and support our energy bodies. 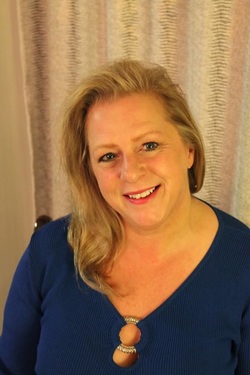