Annette Rugolo, Certified Master Instructor for the Inner Diamond Meditation practices at Conscious Life Resources and has 23 years of experience (05/15/2019)

“Spirits don't always wait for someone to release them. Instead they may travel to find a soul who is willing to help. I have a grandson who will occasionally bring home a spirit that needs some help. His mother has learned how to recognize when this happens because her son's personality changes. Her easygoing, happy son becomes sad, angry, or defiant as the emotional energy of the spirit who attaches to him takes over. As I help the spirit release this energy, the story of why they got stuck comes to light. One especially poignant experience happened when I was helping the spirit of a six-year-old boy who attached to my grandson. As I was helping him leave I felt he was carrying a lot of anger in his energy field. The story unfolded to reveal what had happened right before he died. He had become angry with his dad and left the house on his bike. As he headed to a nearby park, he was hit by a car and died. The anger he held toward his dad kept him from seeing the portal to leave. I helped him release the anger and also forgive his dad for being angry with him. Once this energy was cleared, he saw the portal, stepped into it, and was greeted by the spirit of a grandparent. The anger that was keeping the spirit from leaving had taken over my grandson's emotions. Once the emotional energy and the spirit were released, he was able to be his own happy self again."

Not all hitchhiker spirits will affect the energy of the person carrying them. Some have resolved or kept them stuck and are just ready to leave. The challenge is simply to find someone who can help them. My daughter and I had spent a week visiting my mom at the Rehabilitation Center in Milwaukee and then drove back to Minneapolis. After my daughter left to go home, I started seeing a spirit out of the corner of my eye.” That's usually where we see them, it's at a 90-degree angle. “With all my experience of releasing spirits, I questioned how a spirit could have entered my space. It took a few days to realize that a spirit from the rehab center had attached to my daughter. She must have dropped him off at my house so I could release him. Upon realizing this was happening, I opened a portal and he immediately left. He didn't need any help releasing the energy that had kept him stuck in the first place, as he had released it already. He simply needed to find somebody who knew how to open a portal. This kind of experience happens to some people after learning how to release spirits. Their hearts are open and willing to assist. However they are slightly unnerved by the experience the first couple of times, until they realize that the spirits are finding them because they know how to help them. The feeling of knowing they are helping these spirits is immensely rewarding.”

So there are lots of other stories in the book but I wanted to share that with you. This has been my passion since 2005, since the first time I was in a class and my teacher opened up... it was my first Elson class that I took; she opened up a portal inside of the space. There were 14 of us holding the space. And over 200 souls came into our space. And it's like an energetic elevator, it just took them up and it's like they've stepped in and they're gone. So there are over 200, adults, children, animals, and they were all ready to leave!  And what I found out later is that she had called them in. So there's a lot of information in the book about spirit communication. They know, I think there's a little tag or something that we get when we learn how to do this work. And the spirits see this tag, it's like a little flag or something, and it’s like "oh, she knows how to send me home..." so they start coming.

To me, this is amazing, amazing work that we can do, as these spirits release… 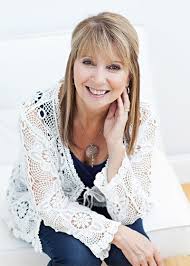 Annette Rugolo, Certified Master Instructor for the Inner Diamond Meditation practices at Conscious Life Resources and has 23 years of experience