How do you explain to someone who has concerns or some of the things that people very commonly will tell me, when I use the word hypnosis, they say I don't want anyone messing with my mind and you know understandable. How do you explain hypnosis to someone that's coming from that place of reservation?

Well, I have to pick this out because this is what we think of hypnosis right? I don't use this in my practice. I used it for the first time in five years, yesterday, with a client who is quite elderly and that was her expectation, and she just wasn't getting what she needed, so I brought the watch out. We don't use swinging watches anymore. We've evolved quite a ways from them.

But there is a lot of misconception around hypnosis and we have TV and the movies to blame for that. Somehow they just love to grab on to one little thing that maybe has a bit of truth and take that to the extreme.  Most people that don't understand hypnosis, think that is mind control and that is so far from the truth. Believe me, if I had that kind of power I wouldn't be sitting here talking to you. I would be ruling the world, let me tell you and the world would be a much better place.  I don't have that kind of power. I wish I did. I wish I had the power that when someone came into my office I could just wave a magic wand and they would be fixed. The problem would be gone. The fact of the matter is, I tell clients all the time, hypnosis is like a bicycle. I'm like a bicycle. I can transport you in the direction of your goals, but you got to pedal and you got to steer.

If you notice around the office we have a bicycle in every room of this of this office, because it is the perfect metaphor for hypnosis. I cannot make you do something against your will.You're not gonna get stuck in hypnosis. I don't have any ESP or special powers. I'm not gonna read your mind, you're not going to disclose secrets to me. I have people lie to me in hypnosis, why? It's kind of counterproductive for what we're trying to accomplish, but it just shows that I don't have control.

The reality of it is, that hypnosis, the ability to go in and out of trance, is a natural state of mind; you do it every single day at least twice a day. When you go to sleep and when you wake up, your brain goes through the trance states. It's simply a function of how fast your neurons are firing. We go in and out of hypnosis every day. I mean have you ever driven your car from one place to another not remembered how you got there?  That's a light state of hypnosis. You get lost in the book, you are at a movie and you know it's sad and you feel like it's happening to you and you're crying and you're getting emotional. That's all hypnosis is. It's a state where you're very aware, it's a heightened state of awareness and focus; when you are receptive to new ideas and thoughts.

Another time when you go into hypnosis very easily is watching television. That's why advertising is so effective because you are open to new ideas, open to new thoughts. I like to give this example. If I am watching television and the bathtub commercial comes on, you know what I'm talking about, for Cialis right. I have no need for that product and I'm not going to be receptive to that. But if Matthew McConaughey is driving that Lincoln Navigator and I happen to be in need of a new car I might find myself at a Lincoln dealership down the road. Because I am open to that idea that was presented to me. I may or may not act on it, or I there might be a delay for that action, but the result is the same. I took that idea in, it satisfied me and that's how hypnosis works.

I can never give you a suggestion that you wouldn't take. That you wouldn't do already, nothing that would ever go against your morals or your ethics. Our brain has built-in protective mechanisms so it doesn't allow for that to happen.

You mentioned something about us being open to suggestion in a state of hypnosis, as a practitioner when somebody walks in through your door how do you know what suggestion to give? Is that what they teach you in school or is that something that comes from you?

That comes from my client. You know, I may be able to look at clients sitting here and from a third party perspective I'm more objective, than that client who is emotional at that moment. They're all wrapped up in whatever is going on and don't see things clearly or from a different perspective. That's part of the problem. I can sit here and I can think, “yeah I can see what's going on here pretty clear.” But that client is probably going to be very resistant to looking at that any other way. And my suggestion for how to fix that problem, number one isn't important, but it may not be agreeable to them. It doesn't do what matters is what the client wants. So we spent a lot of time talking about the solutions and the benefits, we hardly ever focus on the problem.

I call it my 80/20 rule. So 20% of the time we're gonna talk about what's going on and what the problem is, so I know why they're here, and that gives me some information. But quite honestly after a while I stop listening because that that's the conscious mind talking and the conscious mind is analytical and logical and has to figure stuff out. It's gonna do that because that's what we need to be satisfied, even if the answer or the information is wrong. We're gonna figure it out one way or another. So I can't always trust what the conscious mind says to be true. People come in here all the time and say, oh I know exactly when it started. In five years there's never been one of them that's right, ever. It might be when the symptoms started. It might have reinforced something, but it's never where it started. That's buried in the subconscious and that's where I work as a hypnotist.

If I were to be able to give them my suggestion they may not be receptive to it. So we spend lots of time, what do you want to accomplish, this is where 80% of our time is spent. What do you want to accomplish? What benefits, what positive benefits do you want to see? What have you accomplished in your life that you've been really proud of? How did it make you feel? We talk about a lot of those things, because those are the words and the things that I am going to suggest back to them, because of course they're receptive to it, it's what they want. There's no doubt in my mind that the subconscious mind will accept them.  My suggestions mean nothing.

That's amazing, it sounds almost like a discovery process, we are trying to figure out what the answer is and  basically reciting it back to them and it's that moment of "aha", yes this is what I need.

Correct and that's a great way to explain it, because the client will have lots of insights, they'll make connections for themselves. I'm not a therapist and I don't profess to be; there's lots of areas that I don't tread in. But a client and, this is the one thing that I know for certain, in my five years of practice, is that the subconscious mind always knows what the problem is. It always knows the answers. It knows how to fix it. The client may think they're here for one thing and end up in a totally different path but it does that, that happens because the subconscious mind knows, that this is where the problem really is.  You're overeating or you're smoking or you're gambling too much or you're sexting or you're working too much, because you're trying to distract from what the real problem is. It's the real problem that brings people into this office. Consciously they just don't know that. They discover their own answers. I don't give anybody their answers. Because if I did the work for them, it wouldn't be nearly as meaningful. Even if I can clearly see what the answer is, they have to connect their own dots and make their own discoveries. That's where the power comes into play. My job as a hypnotist is to empower every client that comes in here to become independent of me, so they learn how to do self-hypnosis. We work on the hard stuff together because it is easier when someone's guiding you, I mean you don't know how to do it yet. So I'm teaching you the process and giving you the tools so that you don't ever have to come back and see me again. 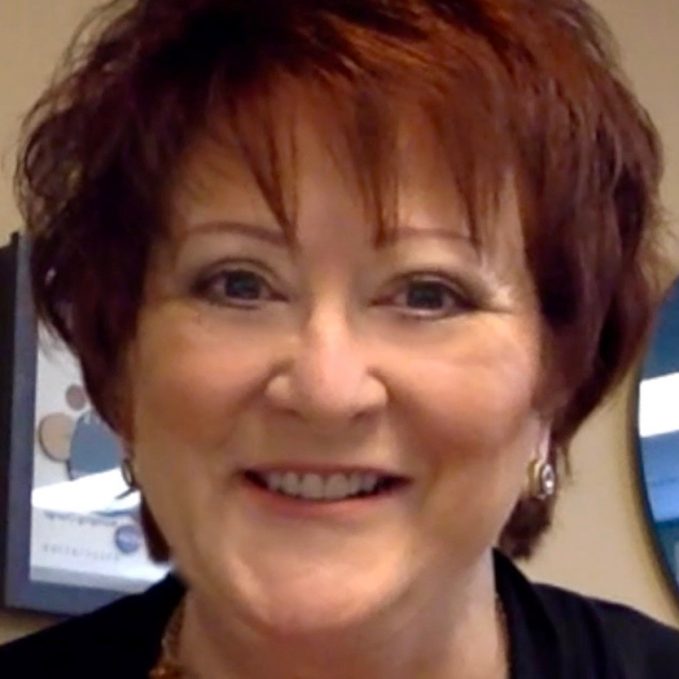