What is ICPA? Chiropractic in Babies and Children?

Dr. Brian Boyd: People ask - why do you adjust little kids? Why do you adjust children? One person I can think of back in my practice in Duluth was a patient in his 60's with terrible migraines. He was probably the meanest person you'll ever meet. I almost kicked him out of my practice because of how he treated the office staff. I talked with him and worked with him and started adjusting him. Within 2 weeks his headaches were gone. He had started having those headaches when he was 9 years old and he had been having them his entire life. I thought - had he been seen by a chiropractor when he was 9 he would have had an entirely different life because he wasn't mean because he was a mean person, he was being mean because he was in pain! So why do I take care of kids? Because it can make a difference for a lifetime. We do see a lot of kids for that reason, from birth on up.

Last week a mom brought in a 3 week old baby boy because he wasn't gaining weight, wasn’t nursing well, wasn't sleeping. She came back on Monday and she had a different baby. He started nursing again, started sleeping and the one thing she said to me was kind of neat; I think they have 4 kids and he is the youngest. She said we've been to a lot of different chiropractors and said you have hands that heal. From a mom saying that - they are trusting me with her newborn. They put their newborn in my hands and I mean I'm honored for moms to have that trust because it's not easy to hand over your newborn to somebody and to have that trust. It just it makes it all worthwhile to have that trust to be able to work on them and help them. It's awesome.

Interviewer: Dr Brian you have ICPA Certification: With this additional certification, what did you have to go through to get it?  What does ICPA mean?

I did a four year undergrad program and got my degree in biochemistry and molecular biology at the University of Minnesota-Duluth, and then went on to Chiropractic College which is basically a five-year program, 10 semesters. You can go year-round which means you can get in done in three and a half years which is what I did.  I was talking with my kids and they were asking me about college...undergrad is 15 credits and then Chiropractic College is 30, so it's about double the amount of work you are taking in.  You are studying all the time.  In the first couple years of Chiropractic College, it's similar to Medical School in that you are doing basic sciences, anatomy, physiology, biochemistry and after that, we branch out differently because we are focusing on the chiropractic portion, as opposed to medicine. Early on, I went through the ICPA cert program, which was at the time, a 120 hour course,  something I did on weekends, going through each of the modules, learning how to take care of infants and little kids.  It's different.  People ask when they bring their child, as parents have been to a chiropractor, "So you adjust a baby the same way...?" No, it's completely different...the principle is the same; you have a subluxation, a spinal problem, you need to correct it to get the pressure off the nerves so the body can function. But the technique is SO MUCH DIFFERENT! Because obviously their bones are tiny, and  t doesn't take much force to make an adjustment; as I explain to parents, it is just a light touch. The hard part, the Training part is knowing where to make that adjustment and when to make that adjustment, combining with the symptoms of the child, with my objective checks, to figure out okay what adjustment do they need to get better. And knowing as well, when there's something else going on that is out of my scope; something that you should see your pediatrician for. There is a pediatrician that I refer to that I trust and ask questions to when something is out of my scope or something else that needs to be addressed as well.

Interviewer: When a newborn comes into your office what usually prompts that parent to bring them in?

Dr. Brian: I would say it's two-fold: the first is mom bringing in their baby and just wanting to be checked. Typically those are mom's that have been in my practice that I've taken care of through pregnancy, so they know the benefit of chiropractic care and we've talked about as babies are growing in the womb, they run out of room! And sometimes those subluxations and spinal problems can happen before birth or going through the birth process.  Obviously any mom who knows how intense the birth process is that that can cause spinal issues as well; typically I'll find them in the upper neck area. So the first would be mom's bringing in [children] just to get checked to make sure that everything is in alignment so that they will be able to grow and develop normally.

The second would be the infants that are referred in.  Typically with an infant with a mom bringing a child in, it's a Specific issue; especially with the little ones. Little by meaning, only a few weeks old to a couple months old. Colic is a big one.  Just in general not sleeping well, not nursing well, not feeding well, not pooping well they are constipated; actually a little girl I saw this morning, she is six months old and constipated. When that's happened in the past mom has brought her in and we've adjusted her and that has helped, so she knows that works!  So as they get older, a couple years old, a lot of times...ear infections will be one that they will bring them in for. That's probably the most common thing, even pediatricians offices, that children are brought into offices, it's ear infections. That's something we work with a lot.  People ask well how does chiropractic help ear infections?  What I find most common is that the very top bone in the neck can misalign.  It can happen in the birth process, and a lot of times it will take that amount of time for symptoms to occur.  Especially in the first year of life as these children are learning to walk and crawl, they are falling down a lot, this can cause misalignments as well. But what can happen is that that top bone misaligns pinches the nerve that is supplying that area, going to the ears and it affects the function that way.  It can also be mechanical as well, the Eustachian tube that drains the ear is right in that area.  So when a bone misaligns. and can block that tube from draining.  So the most common thing we find when they come in here for ear infections is that upper neck problem.  So many times that will make the correction.  Obviously there are other things we address as well...is it Dairy, are there other things that can be involved; most often than not it will be that upper neck out of alignment. So we see a lot of kids with ear infections and help them with that. 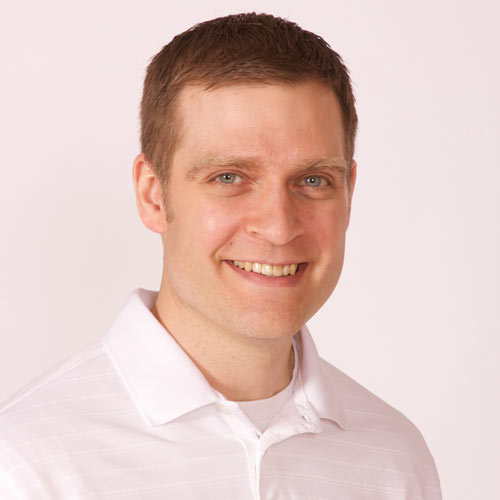