What does Breathing have to do with Sleep and Posture? Dr. Sarah explains...

Kristin Procopio, MPT, Senior Pilates Instructor practices at Studio U and has 27 years of experience (06/20/2019)

How is breathing related to posture?

First of all, it's so important that Joseph Pilates himself, 70-80 years ago, said “above all, learn to breathe correctly,” and I will second that! And the reason is...because we do it all the time. So if you're thinking about, I don't feel so great when I sleep, I wake up in pain, or I wake up in the morning in pain, maybe we need to change how you're breathing. And we can do that by some conscious training, but we want it to become subconscious.

And if you think about where we breathe, we breathe right here-through our diaphragm. But really, our lungs are here. [Breathing] is a big piece of our body that is often neglected when we talk about posture or how we carry ourselves. We talk about shoulders and getting those back, we talk about the pelvis and getting that in a good position, but this is a really big missing piece! And if we can improve that breath, we can actually mobilize these ribs in here. And all these ribs connect to your spine, and so if we can get those ribs moving, we're actually mobilizing your spine and getting that to move better.

Getting back to breathing; how can we work on that to change posture? Well, first of all, there's a lot of people hyper-inflated in our world. So, "hyper-inflated..." what does that look like? It looks like these ribs are pushing forward. And they might not look like that when you're standing. Sometimes it looks like this, but you lay somebody down and you'll see that their ribs pop up and forward, and that's sign that their diaphragm is actually already flat and descended. Now even at rest it shouldn't be pushed down that far. We want that to happen, we want the diaphragm to come down when you inhale but when you exhale it should dome up, and dome up kind of like a parachute, and that's the diaphragm relaxing. And in fact, that helps relax our nervous system and helps us become more happy, especially in our necks and our backs.

A lot of times when somebody's stressed out people will say “take a deep breath of air in.” When was the last time you took a breath of air in and held it and felt relaxed in your shoulders!? Instead, try to take a deep breath of air out. Exhale completely! You're going to feel those shoulders drop and your back can relax, so we really actually need to start training people to exhale first and really get that air out so that diaphragm can dome up. And that actually gives us an opportunity to finally relax the shoulders, relax the back, and it gets our ribcage in a good position where we can actually utilize the obliques and the abdominals correctly. From there we just need to be able to keep those abdominals on as you breathe in and as the diaphragm descends. And so what that looks like is a little different than what we talk about when we talk about belly breathing or diaphragmatic breathing, so that's a bit on the controversial scale because a lot of times, people are talking about diaphragmatic breathing and promoting belly breathing, but when was the last time you saw an athlete belly breathing as they were finishing a marathon? Probably not. Because they need their core musculature on to keep them being efficient as they run and so that they can run fast and without injury. And that actually works for us even with daily life. So I have no problem with belly breathing when it comes to meditation and relaxation purposes, but when it comes to really breathing and posture and movement, we actually need to get those ribs in a good position and we need to stop the belly breathing. The belly, it can move a little bit but it really shouldn't be descending that much.

When do you address breathing techniques with your clients?

The first session is almost always breathing first, and the one exception might be if you have, like, sprained your ankle. But if you're talking about anything in your torso, which is including the shoulders and the hips, I'm going to be addressing breathing because that's how important it is. Not only is it important for mobilizing this part of the body which is the upper half of the torso, but the diaphragm actually inserts into your lumbar spine and can affect your low back in great amounts. So if you're breathing with your back, low back muscles, and they're tensing up every time you take a deep breath of air in, that's always going to compress that low back. So we've got to address that first because that's something we do all the time; we never stop breathing. So that's #1. One of the main things that I see is people are very shallow breathers, which means they breathe in and then they exhale and then they breathe in right away, so we really need to slow down that breath. And not by inhaling and holding it, but by exhaling and holding it, and then breathing in. But there's so many people that, they have, they can't hold their breath out for the life of them and they don't have any awareness that they're breathing in right away after they exhale, and we don't have to- especially at rest. Maybe if you're running a marathon, yes, you need to breathe in right away, that's going to be faster. But generally, we need to slow down that breath rate.

Is there a certain technique for better breathing?

Well it really depends on the population that I'm working with. So I start, especially if you're more compromised in your breath, I'll start with exhaling and just seeing if you can hold your breath out for three seconds and try to stay calm, because some people get really nervous because they're not used to holding their breath out for that long. So just trying to get comfortable exhaling and pausing even for just three seconds, but even better if you can get ten seconds. It's a long time, but there's even people that do longer which would be even better. So if we can exhale, pause, get nice and relaxed there, then breathe in, then we're going to be much better able to slow down that breath rate! 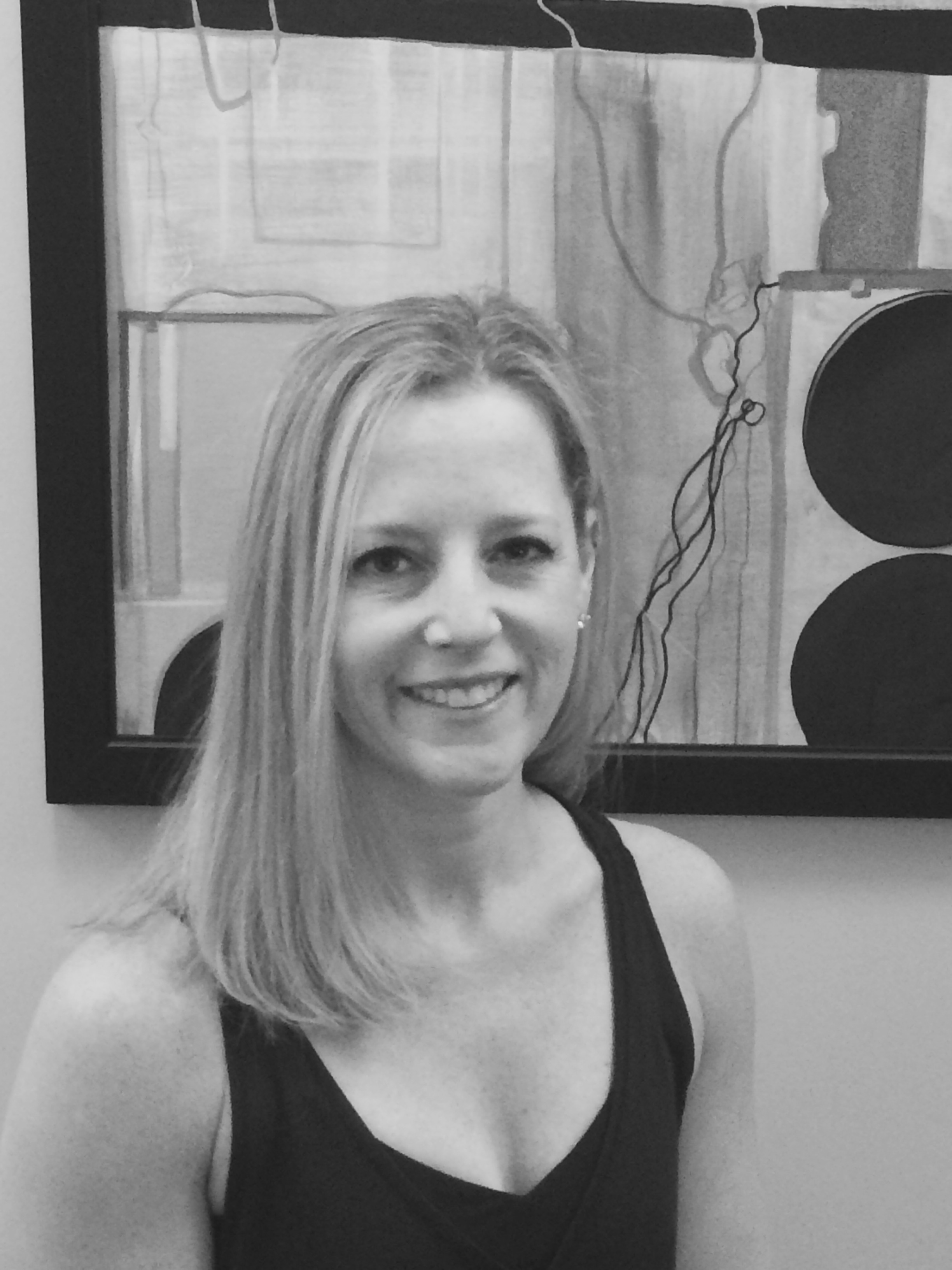 Kristin Procopio, MPT, Senior Pilates Instructor practices at Studio U and has 27 years of experience