Best way to Sit at a Desk or Use a Standing Desk by Dr. Kelly Brouwer, DPT

In this video Dr. Kelly Brouwer, DPT, demonstrates how to achieve the best posture for sitting at a desk or using a standing desk.

The number one thing I always check first is their seat height. Seat height can often be an issue, because most of us are sitting way too low on our seats. And we're under the misconception that we want to always have our knees and hips at the same height. Really, what we need to do is raise that seat up so that our hips are slightly higher than our knees. We want to see about a hundred and ten degree hip angle, so I'm sitting slightly higher. That puts our pelvis into a nice neutral position so we're not slouching backwards. We're not getting really into a sway back position. From there you can set up the rest of the desk.

So desk height itself may need to move, and then the next biggest thing [mistake] I see is usually monitor height. People typically have their monitors way, way too low, so they're really slouching down and looking at the ground or looking down all day, which can put a lot of stress on the back of the neck and create things like tension headaches. So when you set up your monitor you may need to actually bulk it up on a couple books or get a monitor stand. You want the top of your eyes to hit at the top of the monitor and you should have about a 20 degree tilt-back angle on the monitor itself.

Keyboard, you want to have fit where your elbows are at a relaxed 90 degrees, and I tend to take away people's arm rests so that they're not trying to use them. Armrests tend to encourage shoulder shrugging. And so someone's typing up here all day and they'll often walk away saying "Man I have a headache, or my shoulders are tight, or I carry all my stress in my shoulders." So sometimes you need to take away the armrest, bring those shoulders down, you want to see a 90 degree angle in the elbow and just a slight extension or, kind of, cocked back in the wrist while you're typing. They do say sitting is the new smoking. So we want to make sure that we're encouraging movement, I say at least every hour if not every half an hour. So it could be as simple as just take a lap around the office or go up and down the stairs a few times, but get a few minutes of movement in at least every hour if not every half an hour that you're in the office.

*Little bits of movement often are much more effective at improving and maintaining your health than even a big dose of movement, like a workout, at the end of the day.

I think the biggest thing that I see is people tend to transition right from sitting into a standing desk, and they'll try to stand almost eight to nine hours a day thinking that they're doing their body good. Really when it comes down to it, our bodies are made to move! So "static," meaning not moving standing or sitting, are not really great for our bodies. I still encourage that movement of, you know, once every hour to every half an hour, but I would encourage someone to transition from sitting to standing. So optimally if they can get a desk that allows them to do both, really as soon as you get uncomfortable you want to move into a different position, and then just kind of keep switching between sitting and standing all day long. What we don't want to do is sit and load on one leg for a long period of time. We tend to see common postural things: women tend to shift over on to one side, it's usually their right side, guys tend to throw the pelvis forward and kind of hang on the front of their hips and their low back. So we want you to stand with, you know, comfortable foot position, soft knees, want you to relax your low back so that you're distributing that weight evenly, not through just your back but your pelvis and through your feet. I think that as we age our posture tends to not be as malleable as someone who is younger more, would I say, as someone who's, you know, in their 20s or 30s making sure that they’re posturing well so that they don't end up with movement dysfunctions that we can't correct later on in life. Sometimes I get postural impairments that, when we are in our 50s and 60s, we're just unable to change at that point.

Prevention is definitely the best medicine in in this case. Thank you guys so much.

Please see the link in the article below to learn more about sitting and standing desks and how to posture yourself correctly.

This is Dr. Kelly Brouwer saying Move Well so you can Live Well! 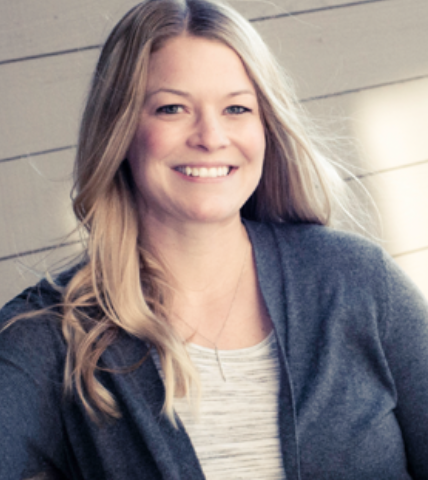