Acupuncture for Pain Relief; not a Placebo Effect!

Q: Is acupuncture for pain just a placebo effect?

A: The placebo effect is something that has gotten a lot of attention in our field, in the past eight years even, and I can say that now there are really good studies out there that prove it's not placebo. There are indications from different studies that study certain points and their effect under a functional MRI, resonance imaging. We have started to see that points that are classically known to help pain all over the body can talk to parts of the brain. For example, LI4 on the hand is well known to move pain and affect pain everywhere. We have, studies showing that under fMRI imaging it shows that the PAG, which is a periaqueductal gray, which is a part of the brain responsible for the perception of pain, kind of turns the volume up on pain or turns volume down on pain, it, this point that helps us decrease pain everywhere activates the periaqueductal gray, the PAG, so it turns down the volume quite a bit.

So this point, LI4, that's known to systemically treat pain everywhere, classically from our ancient texts two thousand to five thousand years ago, is now measured to activate a part of the brain that top-down modulates pain all over the body. So just because we didn't know the physiology before doesn't mean that the pathology isn't there! Two thousand, five thousand years ago, they had the knowledge that this point treated pain all over and now we can see in brain imaging that it really does, or, kind of, why it does. So it's interesting when people argue that it's placebo because there's studies now that prove that it's not placebo. And also, placebo doesn't work in animal studies, and we have a lot of animal studies where that is profound. So it's an interesting argument, but I don't think it stands!

Q: Do you believe that the effect of acupuncture, especially when it comes to pain, is Cumulative? So if someone is dealing with a pain issue, and I draw the analogy to pills. So if someone starts taking pills for pain until the body heals, that need for pills doesn't go away. It's not cumulative. It's not like you need less and less pills if the pain level is the same. How is acupuncture different from that?

A: I do think that acupuncture works in a cumulative effect, like a workout. So if you go to the gym once if you're training for a marathon, you're going to feel better after that workout, but you're not going to be ready to run the marathon or do whatever you're trying to do. It's the repeated going back that's really going to strengthen the body from the inside out and change the way that it operates so that you can run that marathon in a really high, high performance way. Same with acupuncture. You can come once and feel different, and hopefully you'll feel much better after your first treatment, but it's not going to change the physiology underneath and kind of how your body is operating. But, if you come repeatedly in a good treatment plan course, you'll see those changes and they'll stick longer. With pain medications, you're oftentimes just turning your alarm off. So you're just turning the symptom off and kind of having it "be quiet," but you're not fixing the reason why it's painful! There also has to be, like, a lifestyle change or some kind of mechanical change that needs to happen so that the stress isn't on that area of injury or area of pain so that it's alleviated, and acupuncture can work to do that.

A: I haven't heard that or seen that in a study or seen evidence of that or looked at it from that perspective, but that would be really interesting; because I could definitely see how it could. It turns off this brain discussion of your perception of pain and so then you'd have a higher threshold, and your pain perception might change too. So that's a really good, I'd love to see some research on that, too! 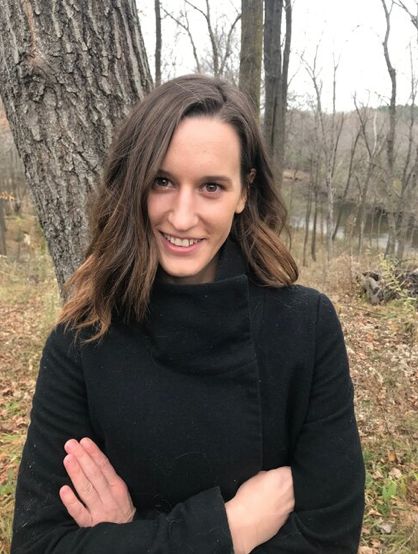 Emily Fehr, CMT, NCPT practices at Jada Studios and has 9 years of experience