The T3 and Reverse T3 Story: The Active Thyroid Hormone 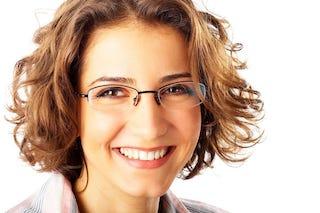 Hello everyone and welcome to my blog. We are in the middle of running through some of the testings I utilize in my office and why I recommend it. You can check out some of our past articles on stool testing, hormone testing, and our last article on thyroid blood testing. In my last post, I went through some reasons why TSH only or TSH + free T4 testing is inadequate. We talked about T3, the active form of thyroid hormone, but I left out reverse T3 from the discussion to get some other points across. Today we’ll go into the relationship between T3 and Reverse T3 and why it is a necessary marker for anyone struggling with thyroid symptoms.

These are the basics I start with on almost every patient and sometimes utilize other markers as I deem necessary. Why do you need other markers besides just the thyroid? These other markers affect the thyroid! Let me tell you, trying to fix a thyroid imbalance or alleviate thyroid symptoms in someone with a raging infection, unknown hepatitis C, blood sugar imbalances, inflammation, iron deficiency, anemia, and other disorders this blood test catches is nearly hopeless! This will become even clearer as we talk about reverse T3.

The above picture displays the conversion of thyroxine (T4) made by the thyroid, into Tri-iodothyronine (T3). In our last blog post we dissected the difference between D1 and D2 (seen in purple), but today we are going to talk mainly about D3. D3 is an enzyme which takes the iodine off of the inner ring of T4 as opposed to the outer ring. This creates a hormone called “Reverse T3” which has 3 molecules of iodine on it, but it metabolically inactive. It is like the key that fits into the lock, but can’t turn! It is useless and actually blocks you from putting the right key in the lock to open the door.

To put it another way, the presence of reverse T3 (rT3) will literally block thyroid hormone receptors which makes normal T3 unable to bind. This means if your endocrinologists actually tests T3 or free T3, those levels might look good, but the presence of the rT3 will inhibit the T3 from being effective! This means your T3 or free T3 can look healthy and you still suffer from thyroid symptoms! You have the thyroid hormone, but your thyroid ears are plugged and you can’t hear the message.

What Causes Elevations of Reverse T3?

This pattern is one reason why my “thyroid blood panel” includes so many other markers.  I need to know about iron levels, B12 levels, anemia, infections/inflammation, and stress levels to be able to fix this thyroid pattern.  Which brings us to our next topic…

When I speak about this with patients, they typically go home and google it.  After some searching, most patients find some articles about a T3/rT3 ratio.  I get this question so much I’d like to address it.  (As a note I do source my material and reference it.  We just don’t post that part on the blog because it gets long.  If you ever want to see my word document with the sources, shoot me a message and I’ll see what I can do to get it over to you.)

Similarly, if I have a patient who has 2 (T3) and 10(rT3) I also would consider that to be an rT3 problem because the ratio of the two hormones is imbalanced, even though in this case the rT3 is probably “normal” in the lab.

I like the idea behind this type of analysis, but I must freely admit something to you.  This ratio has almost no research directly related to it.  I haven’t seen anything disproving it, but I have not seen much research at all that uses this ratio as a parameter for thyroid hormone conversion.  It is used to evaluate liver status in some hepatitis patients because this conversion takes place in the liver[ii].  With that said, the ratio does make sense logically.  Here is the problem.  Without any large studies…we have no real normal.  Should the ratio be 1:1, 20:1, 10:1?  We don’t know and I been unable to find anyone who gives a number what a healthy ratio is, and has any kind of reference for it.

One of my mentors loves to tell me the following saying, “If you truly understand how and why something is broken, the solution is obvious.” I think that is so true when handling patients with thyroid disorders. People tend to ask me about various thyroid medications. Will a natural product like armour, or a T3 medication “solve my thyroid problem”? I have even had patients who knew about rT3 and were trying to alter medications to lower it. They were taking smaller doses of T4 medication and higher T3 medication to “adjust” the balance of the T3 and reverse T3. After all, you’ve just read what do you think about that? Would you agree with me that they are probably missing something?

If the high rT3 is caused by an iron problem…shouldn’t we solve the rT3 problem, by solving the iron deficiency?

If the high rT3 is caused by inflammation…shouldn’t we solve the rT3 problem by solving the inflammation?

If the high rT3 is caused by an infection…shouldn’t we resolve the rT3 problem by helping the body overcome the infection?

It is an approach that has helped hundreds of my patients, and I hope it makes some sense to you too.

Thank you for reading. Come back next couple week we will delve more into some specifics on the immune system/inflammation as well as talk about cholesterol markers. Have a great day.

Yes, I would like to work with Dr. Kyle Warren or Dr Paul Deglmann