Thinking of a Stem cell therapy for your spine, knee, nerves, arthritic joints or orthopedic issue? Watch this video first.

Most regenerative therapies are still considered experimental and not FDA approved.

I’d like to talk a little bit about what’s called “allogeneic tissue.”

Allogeneic tissue is tissue from a different source put into you. It can refer to other people or animals, and these are issues that have been used in orthopedic and other working medicine for a long time to augment healing.

There are a number of products on the market that have been approved by the FDA for use in very specific circumstances to augment tissue reconstruction. I prefer to use a person’s own tissue; there’s no chance of rejection, there’s no chance of infection, there’s no chance of other impurities, through an entire processing outside of an individual lab or clinic. This is not something that’s been “boxed” you know your own tissue is good, it’s viable, and you know your own body is not going to do anything abnormal with it. It is very lucrative, and there are many clinics that have popped up in the last year or two offering amniotic tissue injections almost as a “cure-all” kind of approach. But, there is still a possibility of there being proteins, and other cellular remnants from those injections that your body is going to immunologically react to. An immunologic response is not the same as a healing response. Whereas impurities or other immunologic reactions can occur from a tissue that’s not from you that was literally taken off of a shelf and re-hydrated just before it was put into you; you’re going to take that instead of, say your own adipose or your own bone marrow which has all of the cellular components needed to be able to heal your tissue structurally in the way it needs to be healed? I think that the choice for me is very elementary; you are going to use your own tissue to heal yourself. Why? Because it works, and number two because it has almost no chance of harming you. So, both from a safety and an efficacy standpoint, having done this for 10 years, I think people need to know that it’s a very important choice they need to make.

Umbilical Tissues: These are being significantly hyped by many clinics. They will universally get together large groups of people and tell them, “Ah, you have 75-year-old stem cells, those don’t work anymore, those are not potent anymore. You need those little baby stems cells from an umbilical cord to heal you.” This represents a phenomenon that I’ve seen many times in medicine where somebody takes you and your situation and presents it in such a way to destroy your own hope, to destroy any good feelings about yourself that you can have and then make you dependent on, or give you an option where you can have hope, but it’s dependent upon them. Fundamentally, I have a problem with that approach. I think that people need to be given hope intrinsically from the point of view that helps them depend on themselves so that they’re not dependent on anyone else.

Aside from that, I have three independent labs throughout the United States, which have no money in the game on either side. They have looked at every one of these tissues that are called umbilical stem cell tissues and they no live stem cells in them. These are things that have been extracted, they’ve sat around, they’ve been processed, they’ve been dried, they’ve been frozen, they’ve been stored, they’ve been reconstituted, and now you have a vile full of dead tissue that definitely has cellular components in it from somebody else.

On the one hand, you’re paying $5,000 for dead tissues that sat on a shelf, or, let’s just go with the other possibility that these other clinics are talking about, which is you have these wonderfully potent fetal stem cells that are going to magically fix your whole body in an instant. Aside from that being a ridiculous claim to make, but it is made over and over again, let’s just say that it’s true; that you’re going to get stem cells from this source. What they fail to tell you is that stem cells have a very particular property about them. They have no cell surface proteins. Cells around the body, just like we as humans, we have noses, eyes, ears, we have shape, all of those things identify us. In the case of cells, there are proteins that are put on the outside of the cell that identify that cell as what it is and where it came from. That’s how the body signals and understands what kind of tissue or what kind of cell that it's working with.

A stem cell is very odd, in that it has none of these. It floats around like it’s an inert object and it has no response from a person. If I took rhinoceros stem cells and put them inside of me, my body would not recognize them as anything foreign, because there’s no means or mechanism to do that. Now, if those stem cells floated around or lodged into tissue and only stayed stem cells and would excrete substances that help in modulation of tissue, helped in chemically improving that tissue, helped in recruiting other cells to make new tissues in that area, and that’s all they ever did, that would be a really beneficial thing.

However, stem cells have a second property; they also will differentiate into other cell lines. That means that a stem cell, say, from the blood can become a white blood cell, a red blood cell, they can become a cell that makes platelets. That’s call differentiation. Once a stem cell starts to differentiate into another type of cell, or a terminal cell, is what they are called, they will then have cell surface markers on them. Those cells, once they have formed from a stem cell are now designated down a particular pathway. One of the ways the body communicates to do that is to have proteins on the surface which identifies them to the rest of the world. In the case of having someone else’s stem cells inside of you; if that cell differentiates into another one, which will happen, (pretty much 100% of the time), then those cells are going to have the cell surface proteins not of the person that it was injected into, but of the person that it came from.

Now your body is going to recognize it as foreign and then either accept it, reject it, or that cell can actually attack you. There is a lot to discuss in the physiology of what can happen in those circumstances, but none of them end in a good response for the person. Now, these products; neither the umbilical or the amniotic products have been evaluated for long-term safety by the FDA for regenerative purposes. None of them. They have been used by a good concept, by the FDA called, “Off-Label Use” where a physician has the ability to use these products for means that they feel is important and right for the patient, and that is a good thing from a practice and medicine standpoint. However, when you are talking about actively biologic tissue that creates active biologic response in a person, that have never been evaluated; now you’re talking about something that has no long-term studies for doing anything good or efficacious for a patient, it also has no safety profile for people.

In November of 2017, the FDA cited significant concerns with these products, and I believe there is going to be an appropriate response from a regulatory standpoint. Until then, most clinics that are using these products are seeing people for about an hour in their clinic and charging a patient $6,000-$10,000 to use these products... with no established pathway to definitely create long-term success, no long-term studies on safety and no approval by the FDA to be using them for the purpose to be used. I fear for regenerative medicine in general, because once the backlash happens and what I know becomes more known to the public, there is going to be a response from regulatory agencies and I’m afraid it’s going to harm regenerative medicine in general.

You’ve been involved with regenerative medicine since 2007. Has the use of a person’s own tissue vs. using amniotic tissue from somebody else- has that been happening in parallel this whole time?

Dr. Ron's response:
No. The amniotic umbilical stuff did not really come on the scene until the last couple years...I mean, significantly. But what you have is this; of 100’s of physicians that I’ve trained and to prepare the patient appropriately, to gather or aspirate the bone marrow or adipose in such a way that it’s going to be tissue that is really viable, active and in very good shape to make a good tissue graft with, it takes time, it takes energy, equipment and it takes expertise. And those are in short supply.

Taking something off the shelf and putting in a little bit of saline into and injecting it into somebody takes a far lesser degree of expertise. It’s very similar to grabbing that bottle of Cortisone that you used to do. So, they are doing the same pain procedures with just a different bottle of stuff and calling it now “Regenerative Medicine,” and these are not the same things, they are from different planets. My plea to people is stop and think; do you want somebody else’s tissue inside of you, or would you rather use your own tissue, that has no chance of causing harm to yourself? Do you want to use something that has no established safety record or efficacy record in the studies or literature? Do you want to see somebody who is going to work very hard to help you be independent and to create hope In yourself, or are you going to go to somebody who is going to create hope based on what they can do for you? These are not small things to consider, and I know it’s a very difficult thing to have to decipher. But, trust in what your body can do healing-wise, working with somebody who also trusts in that. Together amazing things can happen.

"Trust in your own body, use your own tissue and work with a doctor who is willing to do that" Dr. Ron Hanson, MD, Pioneer in Sports and Orthopedic Regenerative Medicine

Special thanks to Dr. Ron Hanson, MD Pioneer in Sports and Orthopedic Regenerative Medicine, for being an educator on Trailheadhealth.com and helping answer consumer questions.

Dr. Ron Hanson is accepting patients at this time. Please call him at 612.800.5096 to see if you are a good candidate for Stem cell Therapy with Dr. Ron Hanson.

This video was brought to you by trailheadhealth.com, a platform dedicated to helping connect consumers to the BEST therapies and practitioners via education.

Learn from the BEST practitioners and then work with them to meet your healthcare goals. 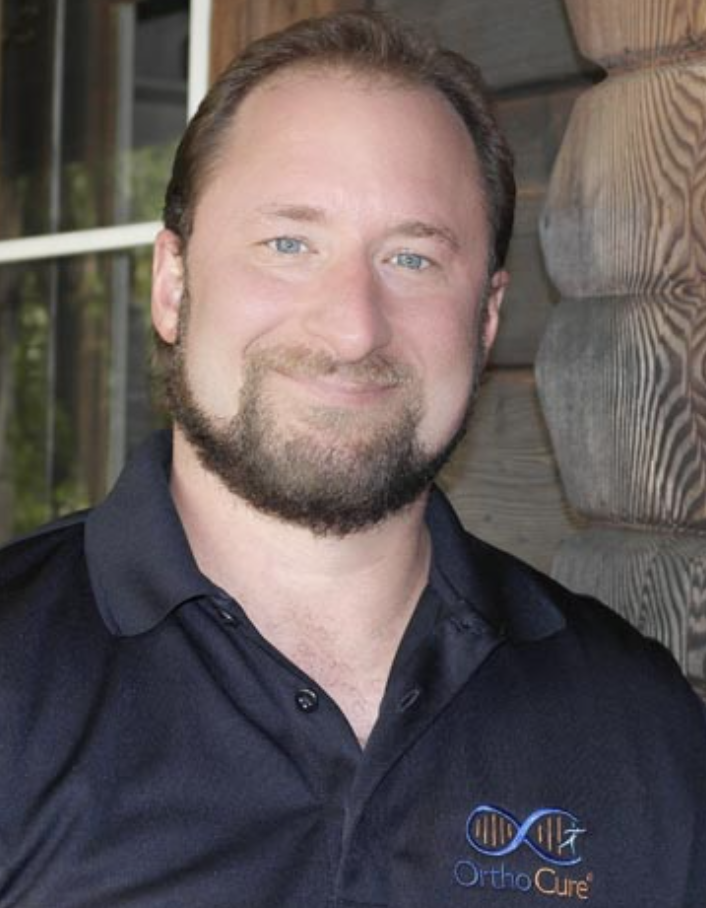